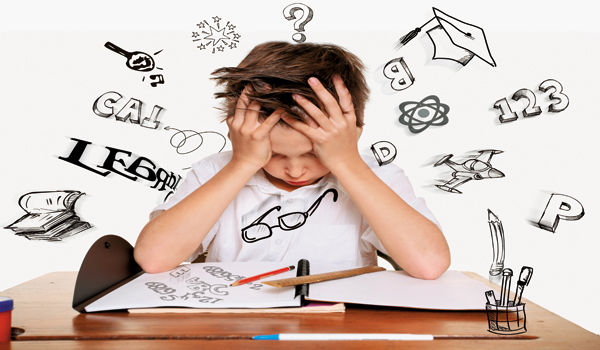 The birth of the first baby is a very happy and special occasion in a woman’s life. If the baby is the first grandchild in the family, then the emotions are overflowing. Such was the situation when Rohit was born. Each stage of development was a wonder, from the appearance of the first tooth to the first step he took, and my God when he uttered his first-word ‘MaMa’, the oohs and ahhs from the family was astounding. He was very active rather hyperactive exhilarating wouldn’t sit in one place.
Gradually, Rohit was introduced to picture/alphabet books and it was like he had recorded the rhymes in his head, he literally sang all the time.
Soon, he was placed in a premium school with all the best of facilities. As days went by the teachers noticed Rohit was not able to sit in one place. He found it difficult to tie his shoelaces and he used to get confused frequently with numbers and letters. When the parents were informed, it was a hard fact to digest, hence came the denial and the blame game. While all this went on, the child was growing and his problems were growing too.
With age, the burden of homework started. Meera noted it took Rohit longer to do something than his cousin Vera. She began to wonder why he couldn’t register the shape of the alphabet when he had just written it.
The frustration of being the slowest kid in the class got to Rohit. He didn’t understand why he was not able to do what his classmates were doing. This created a lot of unaddressed anger in him. He used to burst into flames even at the slightest trigger. He became mean to the other children to pacify his own incapabilities. Meera couldn’t figure out the reason for the change in behavior. He was touching eight and he couldn’t sleep without sucking his thumb.
Meera was in two minds, how can a child name all the brands of cars just by looking at them but still found it difficult to write a simple word. He could do math perfectly but found it hard to fill in the missing letters in a simple word.
She couldn’t take it anymore, she shared her thoughts with a neighbour who told to consult a psychiatrist for clarity. As per the advice, they visited the psychiatrist. After the clinical evaluation, he was diagnosed with Learning Disability – Dyslexia and may require the help of a Dyslexia Expert. This news was not taken well by Meera’s family and her in-laws. They blamed her for not spending enough time with the child, also said Rohit was showing laziness in writing because he only wanted to play.
Atheek, Rohit’s father stood by her and took her to the recommended place of the expert.
Meera and Atheek were given training on how to get through the teaching barrier and teach Rohit in a way that he would understand.
This answered a lot of questions that were giving Meera sleepless nights. She was relieved and grateful at the same time that someone could figure out there was an issue and there was a solution also.
They grew closer as a family. Finally, Rohit became better and accepted his problems which made him let go of his anger. It was a long and strenuous journey, but now Rohit is a successful entrepreneur with a family of his own.
Children rely on their parents for things beyond themselves. Social stigma and society oriented thoughts should not stop parents from actually helping their child in a way that would actually help them survive independently.