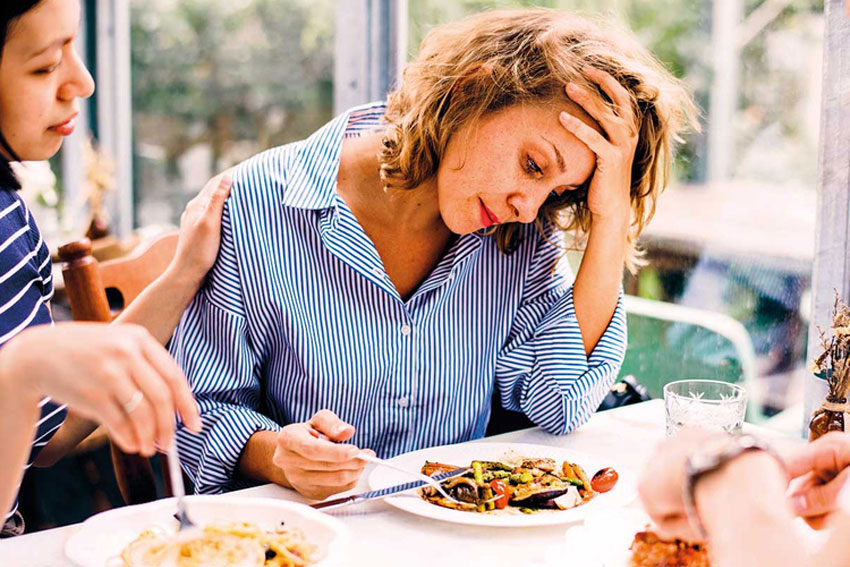 People with anorexia nervosa may see themselves as overweight or bulky, even when they are dangerously underweight or skinny. They typically weigh themselves repeatedlyand severely limit the amount of food they eat. Anorexia nervosa has the highest mortality rate of any psychological disorder. While many young women and men with this disorder die from complications associated with undernourishment, others die of suicide.

SIGNS AND SYMPTOMS OF ANOREXIA NERVOSA:

People with bulimia nervosa have repeated incidents of eating abnormally large amounts of food and feeling a lack of control over these incidents. This binge-eating is followed by behaviour that compensates for the overeating such as forced vomiting, excessive use of laxatives or diuretics, fasting, excessive exercise, or a combination of these behaviours. Contrasting anorexia nervosa, people with bulimia nervosa usually maintain what is considered a healthy or relatively normal weight.

SIGNS AND SYMPTOMS OF BULIMIA NERVOSA:

People with binge-eating disorder eat abnormally large amount of food in a specific time. They tend to eat fast during binge episodes and feel distressed, ashamed, or guilty about their eating habits.

Eating disorders frequently occur during the teen-age years, but may also develop during babyhood or later in life. Eating disorder affects both genders, although rates among women are 2½ times higher than rates among men.
Young athletes such as gymnasts, runners, body builders, rowers, wrestlers, dancers, and swimmers are especially vulnerable to developing eating disorders. Because these individuals tend to be competitive by nature and their sports engrossment often necessitates the practice of weight restriction.