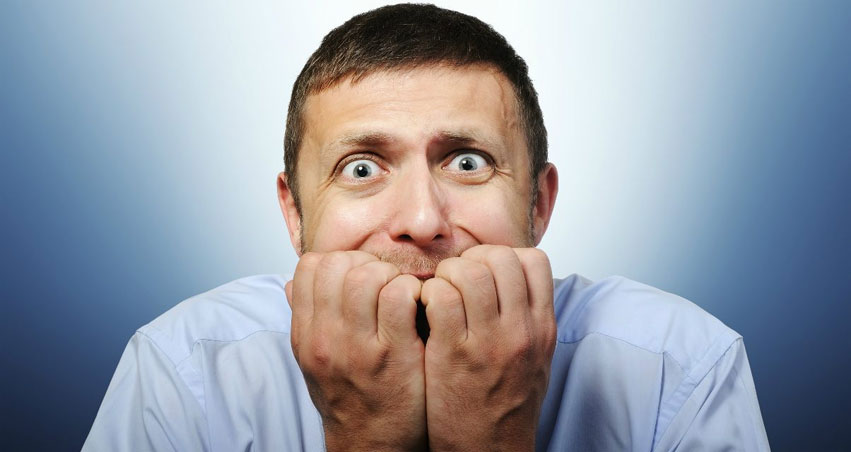 Anxiety is a common experience – almost everyone would have felt some level of anxiety in their lives. In many situations, it is a normal adaptive experience, physiologically preparing our bodies to respond when we sense danger. Our autonomic nervous system gets us ready for ﬁght or ﬂight and then, when the danger has passed, composures us back down again so that we can go back to normal functioning.

SIGNS AND SYMPTOMS OF ANXIETY:

Social phobia is a strong fear of being judged by others and of being embarrassed in public. People with social phobia are afraid of doing common things in front of other people, e.g. they might be afraid to sign a cheque in front of a cashier or they might be afraid to eat, drink or talk in front of other people, or use a public washroom. Because of such social fears, they start avoiding social situations such as marriages and meetings.

Speciﬁc phobia is characterized by fear and avoidance of a particular object or situation, e.g. dogs, escalator, cockroaches, etc. This anxiety may be limited, occurring in response to the target and may result in impairment during speciﬁc situation, e.g. someone who is afraid of escalator may lead a very normal, productive life but simply unable to use an escalator.

Panic disorder or a panic attack is a sudden episode of intense fear that activates severe physical reactions when there is no real danger or apparent cause. Panic attacks can be very frightening. When panic attacks occur, one might think that he/she is losing control, having a heart attack or even dying. Many people have encountered one or two episodes of panic attacks in their lifetimes, and the problem goes away, perhaps when a stressful situation ends. But if one had recurrent, unexpected panic attacks and spent long periods in constant fear of another attack, he/she may have a condition called panic disorder.

Generalized anxiety disorder (GAD) is characterized by an (extended period – six months or more – of chronic) uncontrollable worry about numerous things. All of us worry about things like health, money, future or family problems. But people with GAD are extremely worried about these daily routine events, even when there is a little or no reason to worry about them. They often think that things will always go bad.

Post-Traumatic Stress Disorder (PTSD) occur in response to many types of events, including natural disasters such as tsunami, accidents, rape and physical abuse. And it isn’t just the victim who is vulnerable to the disorder e.g. someone who observes severe physical abuse is also at risk. PTSD has a unique set of symptoms. The target of fear is the trauma itself, which creates severe anxiety, so the sufferer will desperately try to avoid anything associated with the trauma. They may even lose their memory of the event.

OBSESSIVE COMPULSIVE DISORDER (OCD) is a type of anxiety disorder characterized by the presence of obsessions and/or compulsions that the person is unable to control and hence the failure to do so leads to marked distress and that are severe enough to hinder with the activities of daily life.
People with OCD feel the need to check things repeatedly, or have certain thoughts that are repetitive or perform routines and rituals over and over. Frequent repetitive unreasonable thoughts are called obsessions. These obsessions make a person anxious or tensed. In order to overcome this anxiety, they will feel intense urge to repeatedly perform certain behaviours called compulsions. Performing the compulsions gives temporary relief from the anxiety created by obsessive or compulsive thoughts.